Share
By Marc A. Robert, Psy D.
in Panic Attack

How to Calm Yourself During a Panic Attack

When you have a panic attack, you may find that your heart races, your breathing gets shallow, and you believe that something awful is coming your way. In the middle of these spells, it’s difficult to feel like anything can help. However, if you practice a few strategies now, you can be ready to stop panic in its tracks later.

Strategies for stopping panic attacks are most effective when you use them early. However, it’s never too late to start working towards calming down. As you learn more about your triggers and symptoms, you can start implementing the following strategies before a panic attack can even get started.

Recognize the Panic for What It Is

Panic attacks often get triggered by something called “catastrophic misinterpretation of bodily symptoms.” Typically the process begins when you notice an uncomfortable or unexpected physical feeling in the body, such as a heart flutter, muscle tension, or mild dizziness. If you are prone to panic attacks, you might interpret these innocent bodily sensations as dangerous (“Oh no, something’s wrong, what if this is the beginning of a heart attack!”) and react with fear to them.

This, of course, triggers the “fight-or-flight” response – which includes increased heart rate, breathing rate, muscle tension, etc. – and only intensifies the sensations. You might then react with even more fear to these more intense sensations (“Oh no, something must be REALLY wrong!”), intensifying them even further, and leading to a “panic cycle” that ends up in a full blown panic attack.

One of the best ways to prevent this panic cycle is to recognize those early sensations for what they are – namely, innocent bodily sensations that may be uncomfortable but are not harmful. Often just the recognition of this can stop panic in its tracks, since it’s not being fueled by the “catastrophic misinterpretation” of those sensations. Rather than respond mentally to those sensations with an “oh no” attitude, you start viewing them with an “oh well” attitude, which does not trigger fight-or-flight activity like the “oh no” stance. In other words, gasoline is removed from the fire and it eventually burns out; the panic cycle gets interrupted and a panic attack gets pre-empted.

Bring Your Focus to Your Breath

Panic attacks often cause racing thoughts that make it feel like you can’t focus on anything. It can also cause shallow, labored breathing and a pounding heart rate. You can turn all of these problems around by focusing on taking deep breaths. Start with this strategy, called the 4-7-8 breath, developed by Dr. Andrew Weil (http://www.drweil.com/drw/u/ART00521/three-breathing-exercises.html)

If you are able to deploy the 4-7-8 breath early on in the panic cycle, often you can interrupt it before it flares out of control. Remember, though, that the 4-7-8 breath (or any breathing technique) is simply meant to reduce your arousal level. It’s not about preventing a “dangerous” panic attack because, as was explained above, there was nothing dangerous to begin with.

If your panic attacks cause you to tense all the muscles in your body, this technique is for you. Like deep breathing, this exercise takes the focus from your worries and puts it on your body. However, breathing deeply, you will consciously try to release tension in each muscle.

Start by imagining turning off the muscles in your feet and ankles. Think about all the tension leaving this area. Try this for at least a few seconds, then move to the lower legs. Take a few moments to relax each muscle group, including your arms, back, neck, and face.

You might also want to try another technique called PMR (Progressive Muscle Relaxation) which involves tensing and releasing all your major muscle groups. It may seem counterintuitive to further tense muscles that are already tense, but, like a pendulum swing, when we tighten muscles that are already tense, they release into a calmer/looser state than they were at baseline. For a description of how to do PMR, visit:

If you’re worried about having a panic attack, write down these strategies and keep them with you. When you feel panic coming on, refer to your list and try one or two of the strategies. 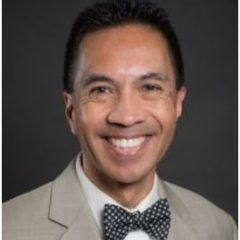