There are many misconceptions about bipolar disorder out there today. Many of these stem from pop culture and media, but also the misuse of the term ‘bipolar’ to describe someone that is erratic. Bipolar disorder is also sometimes called manic-depressive, thanks to the ups and downs in mood and energy that patients experience. Like any mental disorder, bipolar disorder has set diagnostic criteria and is a disorder that patients and their associates should approach with knowledge and compassion.

A diagnosis of bipolar disorder requires that episodes occur frequently and are long in duration. Patients who experience infrequent or brief episodes are referred to as ‘cyclothymic’. While there is a diagnostic distinction between cyclothymic and bipolar disorders the interventions are the same.

There are two general subtypes of bipolar disorder, bipolar I and bipolar II. The following summarizes their distinctions.

Bipolar I – Episodes of mania lasting for at least seven days, accompanied by episodes of depression lasting a minimum of 14 days. When episodes are briefer but more intense so that they require hospitalization or emergency care, the patient may also qualify as Bipolar I.

Bipolar II – Manic and depressive episodes in bipolar II are of shorter duration and, while causing distress to patients and their loved ones, are not as severe.

The Symptoms of Bipolar Disorder

The main symptoms of bipolar disorder manifest via manic and depressive episodes. Manic episodes involve extended periods of excess energy, elevated mood to the point of mania, and excessive distraction. Bipolar patients in a manic episode can forget about basic responsibilities, friends, and loved ones.

Depressive episodes involve the patient not having the mental or physical energy to engage in the activities of daily life. Suicidal ideation can accompany these depressive periods.

Both manic and depressive episodes last for days if not weeks at a time, unlike their portrayal in movies or tv.

Can You Test for Bipolar Disorder?

Physical medical testing does not help mental health professionals diagnose bipolar disorder. Rather, professionals need to interview patients in a clinical setting and document patterns of behavior. Mood swings need to be consistent, intense, and of long duration. Patients may be asked to answer survey questions in writing, which can be easier for some than discussion. These answers can then facilitate therapeutic conversation. The process is not stressful, and patients should anticipate brief pauses during which time a therapist will take notes.

Conditions that are Comorbid with Bipolar Disorder

As with many mental disorders, bipolar disorder treatment may involve medication individual therapy sessions, or a combination of the two. In more severe cases, a health professional may recommend inpatient treatment.

Therapy options for bipolar patients may include CBT, family therapy, or IPSRT, or Interpersonal and Social Rhythm Therapy, in which patients explore how various factors such as the social space or biology can affect their well-being and mental health. In all therapies, strategies are put in place for dealing with triggers.

Three types of medications are used to treat bipolar disorder:

On occasion, a helath professional may recommend sleep aids as well, since poor sleep hygiene is common with bipolar patients.

Sometimes doctors may suggest Electroconvulsive Therapy in the treatment of bipolar patients. Serious side effects such as memory loss make this an option primarily in severe cases or where no other therapies are working.

Around 5.7 million Americans have a diagnosed bipolar disorder, or around 2.6 percent of adults in the US. In other words, two to three in 100 individuals suffer from this disorder.

Given the complexity of defining diagnostic criteria for bipolar disorder in the young, numbers for children and teens are less clear. Some estimates place the number of children and adolescents with this disorder at around 750,000.

Bipolar disorders does tend to run in families, and some people are more at risk for the disease, including those with a specific gene variation. 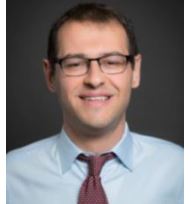