Despite the fact that the use of antidepressants and other psychologic strategies may seem intuitive in the setting of moderate to severe functional bowel disease, conclusive data from well-designed trials have been lacking.

In this setting, Drossman and colleagues have conducted the largest randomized trial to evaluate the effectiveness of desipramine, a tricyclic antidepressant, as well as cognitive-behavioral therapy vs their control conditions (placebo and education, respectively) in women with moderate to severe functional bowel disorders. Additionally, these investigators assessed the clinical benefits of the active treatment regimens (desipramine or cognitive-behavioral therapy) in clinically meaningful patient subgroups (ie, with/without history of depression; with/without history of sexual or physical abuse; predominant diarrhea; predominant constipation; moderate vs severe disease).

This randomized, comparator-controlled, multicenter trial involved 431 adult women from the University of North Carolina and the University of Toronto who had moderate to severe symptoms of functional bowel disorders. Subjects received either psychologic (cognitive-behavioral therapy vs education) or antidepressant (desipramine vs placebo) therapy for a period of 12 weeks. Assessment of physiologic, clinical, and psychosocial parameters were conducted before and after end of therapy.

Overall, results suggest that the active psychologic treatment (ie, cognitive-behavioral therapy) was effective for women with functional bowel disorders, including irritable bowel syndrome, whereas the active antidepressant treatment (desipramine) appeared to only be effective in the management of those patients who were adherent (ie, able to stay on their medication). Specifically, by intention-to-treat analysis, cognitive-behavioral therapy was found to be significantly more effective than its placebo condition (education; P = .0001; responder rate, 70% vs 37%, respectively; number needed to treat [NNT], 3.1). By contrast, desipramine did not demonstrate significant efficacy vs placebo in the intention-to-treat analysis (P = .016; responder rate, 60% vs 47%, respectively; NNT, 8.1) but did show a statistically significant benefit in the per-protocol analysis (P = .01; responder rate, 73% vs 49%, respectively; NNT, 5.2). The latter was especially significant when subjects with nondetectable blood levels of desipramine were excluded. 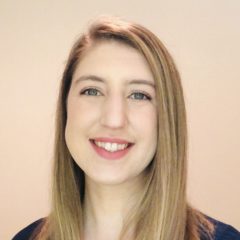