One of these attacks involves the acute onset of extreme feelings of dread and panic, and include physical symptoms such as increased pulse rate and perspiration. A panic attack can happen to those without an anxiety disorder and are also symptomatic of Generalized Anxiety Disorder.

The panic attack itself can last an average of ten minutes. This does not include any triggering events or the aftermath. In extreme cases, panic attacks can run for longer than an hour.

After an episode, the individual may feel exhausted for 24 hours at least and experience anxiety for many days after that. Sometimes, a panic attack is a one-off. Many times, however, patients may experience panic attacks on a regular basis, indicating a possible panic disorder. Identifying the underlying cause(s) is essential in stopping panic attacks.

The Physical Experience of Panic Attacks

A panic attack involves physiological responses not unlike those people have when faced with physical threats. The difference with panic attacks is that there is no discernible threat in the outside world most time; rather, the person is triggered by internal goings-on. While this may make panic attack sufferers feel as if they are losing it, it is important to keep in mind that panic attacks are not forever and that there are interventions available.

Everyone worries now and again. It is important to understand that it is a common occurrence to feel worry or dread even when difficult things happen. A panic attack is different from this, however, in that it feels like a zero-sum game to the sufferer. Their experience is outsized and extreme in comparison to the trigger. Additionally, the physiological response in a panic attack differentiates it from normal worry or anxiety.

The Physical Symptoms of a Panic Attack

What to Do During a Panic Attack

Contact a mental health care professional if you are experiencing panic attacks. Since you need tools in the moment to deal with a panic attack, do the following when one occurs:

Is it a Panic Attack or Anxiety Attack?

While panic attacks and anxiety attacks may seem the same, they are actually distinct from one another due to their triggers. Anxiety attacks are triggered by events that would be triggering for almost anyone. Panic attacks on the other hand are reactions to internal stimuli alone and can happen in environments or settings that would not trigger someone else. 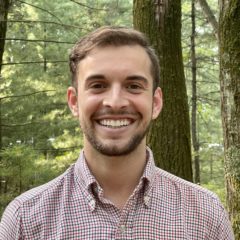