The signs of schizophrenia often present during the first years of adulthood. While the disease affects over 3 million people in the U.S., it is often misinterpreted and misunderstood.

While other disorders can be acute, schizophrenia lasts throughout life. With proper intervention, however, patients can experience latent periods and pursue regular lives. If a patient suspends treatment, symptoms return quickly.

Schizophrenia affects an array of cognitive functions such as concentration and memory. The disorder also influences how an individual perceives the outside world and interacts with it.

Stereotypes around this mental disorder foment misunderstanding and can prevent patients who need help from seeking out intervention. As an example, two-thirds of Americans responding to a poll claimed that schizophrenic patients have multiple personalities. These fallacies create confusion for patients and their loved ones alike; learning the truth about schizophrenia is essential.

Violence is another stereotype that hurts the schizophrenic community. Violence is endemic to many populations, not just the community of patients with this mental disorder. More to the point, schizophrenic patients who commit acts of violence often have comorbid issues such as drug abuse.

Many of those with schizophrenia are afraid to seek help, too, due to a stereotype that all schizophrenics get condemned to mental facilities with their freedoms stripped away. This couldn’t be further from the truth– mental health professionals maintain a compassionate approach in the treatment of schizophrenia and only resort to temporary stays when patients need to adjust medications.

The Causes of Schizophrenia

A specific cause for this mental disorder is still not known. Most research indicates that a combination of genetic factors and environmental triggers, such as virus exposure during development, are at the heart of schizophrenia. Generally speaking, however, there is consensus on certain risk factors for the disease:

As stated earlier, genes are not the only factor in this mental disorder. They do, however, have a large role in schizophrenia. Research indicates that an array of genes rather than one gene may lead to schizophrenia in families.

While having a member of the family with schizophrenia raises the risks, it is not a given. If you have concerns that you may develop this mental disorder, you should reach out to a mental health professional right away. There are neuropsych testing options that can help assess whether or not you have schizophrenia.

Schizophrenia manifests in many different ways and there are an array of symptoms. Some symptoms include:

Given the array of symptoms and crossover with other disorders, a psychiatrist may need to conduct differential diagnoses to assess for or rule out related mental disorders.

Given the seriousness of this disorder, mental health professionals pursue a lengthy and diligent process when testing for schizophrenia. Testing methods include a physical examination and may also include MRIs or other scans. This helps to rule out causes such as a seizure disorder. If a neurological cause is identified, a doctor will treat the patient for that disease.

Interventions may also include work with a social worker, since many of those with schizophrenia suffer from homelessness. After these interventions, a psychiatrist will then assess the patient in a clinical setting with the DSM to determine whether the patient meets diagnostic criteria for the disorder.

Treating schizophrenia is a process that continues throughout a patient’s life. Patients often work with a team of specialists, including therapists and social workers. Treatment continues even if symptoms abate.

Inpatient treatment at a residential treatment center is often a component in treating schizophrenia. This ensures that a patient can be safe as their therapists assess the case and determine the best approach.

Following discharge, patients need to adhere to a regular schedule of therapy sessions and medical appointments. One of the most important factors in schizophrenia intervention is managing medication effectively. As such, regular check-ins are necessary.

Therapeutic interventions include building coping tools and dealing with the emotional impact of a diagnosis. Patients may work on social skills, as well. Families are often encouraged to build their own support skills in family therapy settings. 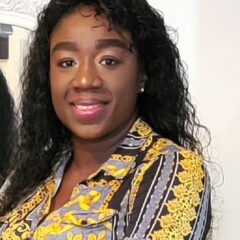