NEW YORK, Mar 10 (Reuters Health) — Trichotillomania — compulsively pulling out one’s own hair — is a difficult disorder to treat. A recent study comparing the only two effective treatments — a drug, and behavioral therapy — found that behavioral therapy gets the best results.

The disorder is more common in women. It usually begins before puberty, and often causes a great deal of stress.

Researchers at Emory University School of Medicine in Atlanta, Georgia, led by Dr. Philip T. Ninan, compared cognitive-behavioral therapy, the anti-depressant drug clomipramine, and placebo (inactive) pills in 16 patients who had been pulling out their hair for an average of 20 years. The patients, 13 of whom were female, had an average age of 33.

During the 9-week study, patients who received clomipramine or placebo also met weekly with a psychiatrist, while those receiving behavioral therapy had weekly sessions with a behavioral psychologist. Behavioral therapy included awareness training, practicing alternative responses, and stress management techniques.

However, patients taking clomipramine reported more side effects than most patients taking this drug, the researchers note, including tremor, drowsiness, and dry mouth. Four of the 10 patients that started the study in this group dropped out. Ninan and colleagues suggest that other anti-depressant drugs should be tried with trichotillomania patients.

Writing in the January issue of the Journal of Clinical Pharmacology, the authors add that larger studies comparing behavioral therapy to drug treatment should be done, as well as research on how to maintain the improvement achieved with short-term therapy. 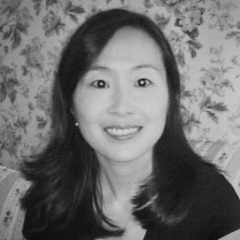