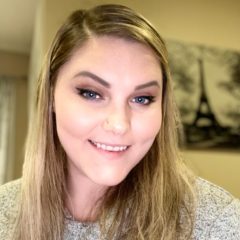 Recommend to a friend
About Specialties Education Locations

Hali Massri is a licensed Psychiatric Nurse Practitioner with almost 4 years of experience specializing in the child and adolescent population. Hali has had experience in treating numerous psychiatric diagnoses from ADHD, depression, anxiety, to mood and thought disorders both in acute and outpatient settings. Hali enjoys spending time with her husband, dog, and nieces and nephews, but also newly a vegetable gardener. Hali received her first Bachelor of Science in exercise health sciences at UMass Boston, however returned to school for a second Bachelors of Science in Nursing completing the accelerated BSN program at Northeastern University. Hali continued her education achieving her Masters of Science in Nursing at Northeastern, and began her practice soon after licensing and credentialing were complete.

Hali Massri is a psychiatric nurse practitioner who provides psychiatric care including psychiatric evaluations, psychopharmacology evaluations,initiation, or continuation of medications. Hali treats ages 5-30, and has had worked with children and adolescents for majority of her professional career, but also enjoys with the adult population.

Hali Massri had achieved a previous Bachelor's of Science in Exercise Health Sciences with a Health Science concentration, however returned to school after acceptance to the accelerated Bachelors of Science in Nursing at Northeastern University in Boston, MA. Hali continued her education once receiving her nursing degree and license, and ultimately achieved her Masters of Science in Nursing (specializing in psychiatric nurse practitioner) at Northeastern University. Hali completed clinical hours at SSTAR in Fall River, both inpatient and inpatient dual diagnosis unit for adults, as well as outpatient with adults and children/adolescent population.