Conflating ADD with ADHD has been a pattern for years now. Clinicians, however, now define what used to be ADD and ADHD respectively as subtypes of a new category of ADHD. These three subtypes are Primarily Hyperactive-Impulsive, Primarily Inattentive, and Combination.

Much as what was once called Asperger’s is now an Autism Spectrum Disorder, ADD is now considered the Primarily Inattentive version of ADHD. More confusingly perhaps, the old diagnosis of ADHD is now diagnosed as Primarily Hyperactive-Impulsive ADHD.

Affecting one’s ability to concentrate, memory, and a wider array of cognitive functions, ADHD affects a sizeable portion of the U.S. population, including 11 percent of children and just under 5 percent of adults.

The misconception that ADHD is solely a childhood disease has wide0reaching effects. Adults are often left undiagnosed until late in life. Many children, too, require intervention and support well into their adult years.

Increased awareness of the disorder has resulted in a recent uptick in diagnoses, the research shows, though some are concerned about environmental impact causing the rise in cases.

While diagnosis can help with intervention and support, parents of children experiencing ADHD should understand that the disorder exists whether a diagnosis is in place or not. Getting support from a trained professional is essential for the health and well-being of children with ADHD.

The symptoms that present with ADHD can vary, depending on factors such as age or the subtype of ADHD. The following list, however, can provide a general overview of each ADHD subtype:

For some patients, symptoms from both lists may present, in which case a diagnosis of Combination ADHD may apply. As with other mental health diagnoses, a diagnosis of ADHD requires that symptoms have a consistent and significant impact on daily life and last for at least six months. Children should present with six of the symptoms; adults, five.

Diagnoising ADHD in childhood can be more complex. Caregivers and parents who suspect ADHD should look for some of the following symptoms in children:

Can we Test for ADHD?

Only a qualified mental health professional in a clinical setting should diagnose an individual for ADHD. During diagnoses of children, parents, teachers, and caregivers may be asked to fill out scales to give the clinician a clearer picture of the child. Additional diagnostic tools include child and parent interviews and reviewing task performance in the child.

While certain interventions can ease ADHD symptoms, there is no known cure as of this writing. Interventions can include various combinations of therapy, medication, and lifestyle adjustments.

Stimulants have been shown to reduce symptoms of ADHD in up to 80 percent of diagnosed children. There are also nonstimulant options available, which can have a slower-acting but longer-lasting effect on symptoms.

For parents with anxiety or questions around medicating their children, therapeutic interventions and lifestyle adjustments can provide helpful alternatives.

For either adults or children, learning to limit disruptive behaviors and focus on positive ones is an effective behavioral intervention. Patients can work in the therapeutic environment to identify behaviors and make necessary adjustments. Parents of children diagnosed with ADHD may be asked to participate in training and interventions, as well.

Behavioral interventions can include: 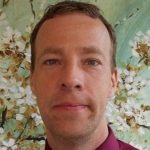