What is Autism Spectrum Disorder?

What most people call “autism” is a kind of developmental disability that patients experience in vastly different ways. As such, professionals call it Autism Spectrum Disorder (ASD) to capture the diverse nature of the patients who live with it.

ASD primarily affects the way people relate to others, behave in social situations, and communicate their needs. It is a chronic condition that people live with for their entire lives. However, early intervention can help people with ASD leads lives filled with joy. That’s why it’s vital for parents to look for early signs of autism and learn when to seek treatment.

Although behavioral health professionals now recognize the autism is a spectrum, that was not always the case. Before people started to use the term “Autism Spectrum Disorder,” professionals put patients into four categories: Asperger’s syndrome, childhood disintegrative disorder, autistic disorder, and pervasive developmental disorder not otherwise specified (PDD-NOS).

These diagnoses are outdated and not completely accurate. However, knowing the differences can help people understand the many experiences that people with autism have. For example, people with Asperger’s syndrome tend to be on the mild end of ASD. They are often verbal and can live independent lives.

On the other hand, the diagnosis of “autistic disorder” tended to be for those on the other end of the spectrum. The symptoms are severe and may keep people from living independently. PDD-NOS includes many of the same types of symptoms of autistic disorder, but with less severity.

While many people with autism show symptoms of delayed development early on, people with childhood disintegrative disorder develop typically at first. Then, these children regress and show some of the most severe autism symptoms. They often have seizures too.

Autism Signs Across the Lifespan

Although ASD affects the way people develop, patients with the disorder do change. As such, it’s important for parents and other concerned parties to know how the symptoms may change over time. Typically, signs of ASD start showing in early childhood.

Symptoms of Autism in Babies

In most cases, babies do not show any signs of autism before one year of age. In fact, many children with ASD start displaying symptoms between the ages of 12 and 18 months. While younger babies cannot be diagnosed with ASD, some “red flags” include:

Just because a baby shows some of these symptoms does not mean he or she will end up developing ASD. For example, some babies simply enjoy flapping their hands and develop typically. By the toddler stage, it’s usually more clear whether a child has ASD or not.

Signs of Autism in Toddlers

Approximately 80 to 90 percent of parents whose children have ASD notice symptoms by two years of age, according to the Centers for Disease Control and Prevention. However, most people with ASD do not get official diagnosis until a year later. This demonstrates how vital toddlerhood is in identifying ASD and intervening, as well as how difficult the diagnosis process can be.

Toddlers with ASD may show differences in their abilities, socialization, behaviors, and interests, as compared to their neurotypical peers. The full list of symptoms is extensive, but some of the most common symptoms of autism at this age include:

The complete list of symptoms of ASD is quite long, and patients are unique in the types and severity of symptoms they have.

Because ASD has only recently gotten mainstream attention, some people may have reached adulthood without realizing they live with this disorder. They may only start to realize that there is a diagnosis that can explain their differences.

Adults with “high-functioning” ASD may find relief in this diagnosis. A treatment team can give them ways to cope with their differences.

Adults with ASD may:

ASD does not have a cure. However, that doesn’t mean that patients have to go it alone. Professionals can help people with ASD manage their symptoms. Available treatments depend on the age of the patient, the types of symptoms he or she exhibits, and the severity of those signs.

What is ABA Therapy?

ABA, or Applied Behavioral Analysis, is one common approach for ASD symptom management. With this therapy, behavioral health professionals use a complex system of rewards and consequences to change a person’s behavior. While this may seem like a fairly basic idea, professionals use ABA methods in a measurable and precise way.

Some people with ASD do not respond well to ABA. Furthermore, some families oppose the idea altogether. For these patients, professionals can use other types of therapies.

Although ABA is common, it is not the only behavioral intervention available for people with ASD. Cognitive Behavioral Therapy (CBT) is a common therapy technique that can be helpful in treating a wide variety of mental, emotional, and behavioral disorders.

In CBT, therapists teach patients to recognize undesired behavioral patterns and change them. CBT is most effective for people on the mild end of the spectrum and may not work for nonverbal patients.

Developmental and Individual Relationships (DIR) therapy is another popular technique for young children with ASD. In this method, also known as “floortime,” therapists and parents spend time together doing the child’s favorite activities. During this playtime, professionals teach patients new skills that the parents can later reinforce.

Other behavioral tools that therapists can use to help people with ASD and their families include:

Communication difficulties are common among people with ASD, which can include trouble speaking. Speech delays fall on a spectrum within autism, with some people speaking in monotone voices and others not talking at all. Speech therapy can help people across this spectrum, but the type of therapy depends on the severity of the symptoms.

One option for speech therapy is Verbal Behavioral Therapy (VBT). VBT can be incredibly successful for some people with ASD. For example, a child may go from simply identifying a few things to speaking in full sentences.

Play is an important way for children with ASD to express their feelings.

Professionals can use this tendency to lean on play in order to help patients learn healthy behaviors. Types of play therapy for ASD include:

Play therapy is often just one part of a broader treatment plan. If you believe that you or someone you know could benefit from ASD treatment, contact us today. 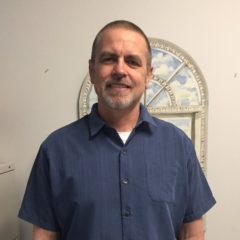