Major limitations of medical treatment for TS include multiple unwanted side effects and limited effectiveness. Furthermore, research supporting positive long-term outcomes for medical treatments is limited. Unfortunately, many people falsely conclude that “non-medical” implies treatments that are not based on scientific study or ineffective for neurological based treatments.

Tourette Syndrome and Tic Disorders are neurological based problems that are not “caused” by the environment but can be greatly influenced by environmental factors. The goal of cognitive-behavior therapy, called the Comprehensive Behavioral Intervention for Tics (CBIT), is to decrease the frequency and severity of tics by targeting the environmental factors known to impact tics.

Studies, dating back to 1973, have demonstrated the effectiveness of Habit Reversal Therapy, the backbone of CBIT, in reducing the frequency and severity of tics. Recently, the largest randomized controlled trail of “non-medical” treatments for TS to date, indicated that CBIT is both effective and durable in the reduction of tics (Piacentini et. al, 2010). EEG research (Lavoie et. al, 2011) now also shows the presence of neurological changes associated with cognitive behavior therapy. It is believed that CBT induces cerebral changes (e.g. reduced cortical activation related to inhibition of responses) that leads to improved motor performance and related brain activity. Even before these impressive EEG findings, Cook & Blacher, 2007 concluded that habit reversal training “met criteria necessary for classification as a probably efficacious treatment” based on the rigorous evidence-based criteria established by an American Psychological Association’s Division 12 Task Force. Currently, CBIT also meets these same criteria.

CBIT consists of three basic components each of which may vary depending on the age of the person and nature of the tics. The most integral component is habit reversal training. Initially, the therapist addresses the person’s motivation by reviewing with them their responses to a questionnaire assessing the impact of the symptoms on their life. Next, during awareness training, the person and therapist work together to increase the person’s awareness of the frequency and severity of tics, and the specific movements, muscle contractions, and most importantly the sensations associated with the tics. Lastly, the therapist teaches the individual how to create and use competing responses for each tic. This is the most distinctive feature of the treatment. A competing response is something that is incompatible with the tic, socially inconspicuous, and easily compatible with one’s activities. Competing responses are usually isometric muscle tensing exercises such as contraction of the neck flexors to inhibit a head jerk. Breathing techniques and eye exercises may be used with vocal tics and eye blinking tics.

The second component of CBIT is the function based intervention, designed to identify and reduce the “tic network.” The “tic network” consists of all of the situations, feelings, and thoughts which increase the frequency of tics. First, a functional assessment is conducted to identify the specific internal and external environment factors which may be affecting the tics. Next, the therapist works with the family to identify ways in which the environment can be manipulated to help reduce these factors, and subsequently weaken the “tic network.”

The third aspect of CBIT is usually relaxation training. The person is trained in using relaxation strategies such as progressive muscle relaxation, deep breathing exercises, visual imagery, and self-statements. The effectiveness of relaxation in inhibiting tics seems to be related to helping the person learn to use it on a “cue-controlled” basis. That is relaxing their body in situations in which that are likely to experience a lot of tics or in response to tics. Lastly, the therapist employs techniques with the goal of helping the person employ the techniques in new situations and in the future should new tics appears.

CBT (CBIT) is by no means a cure or panacea for TS. However, it is one evidence-based, non-medical intervention without demonstrable side effects. It is a tic management strategy which may help people decrease the frequency and severity of tics when they choose to do so. 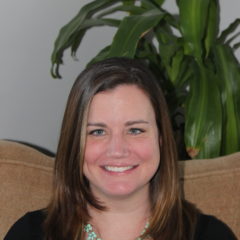